R.Politik is a young project, but we are developing fast.

We collaborate with experts, journalists and academics: if you are interested in working with us, please get in touch. 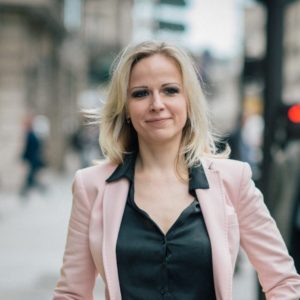 Tatiana Stanovaya is the founder and head of R.Politik. An expert on Russian politics, she has worked for leading Moscow-based think tanks, writes regularly for international media and is regularly quoted by journalists around the world.

Her domestic policy expertise includes the Russian elite, the interaction between business and government, economic regulation, the lobbying industry, and decision-making processes at all levels. She also looks at Russian foreign policy, in particular the energy ties between former Soviet states and Western Europe, and the U.S.-Russia relationship.

Born in Moscow in 1978, Tatiana began doing political analysis work at university. In 1998, she was hired by steelmaker Severstal as an analyst, and then went on to join PR agency Tels-Media, which worked closely with Severstal. In 2003, she moved to the Centre for Political Technologies, one of Russia’s oldest and most respected think tanks, and was soon appointed to lead their analytical department. In this role, she liaised with foreign diplomats and senior Russian officials in the Presidential Administration, the government and at a regional level. She also worked with major business clients including Novatek, Sberbank and Avtovaz. During this time, she received her MA in public administration from Moscow State University. Since 2010, Tatiana has been living in France, where she continued her work for the Centre for Political Technologies. In March 2018, she set-up R.Politik, and, in June 2019, she joined Moscow Carnegie Center as a nonresident scholar.

Tatiana has been quoted in most major Russian news outlets and many leading media international outlets, including The Washington Post, The Guardian, NPR, Le Figaro, The Wall Street Journal, AFP, Reuters, and Foreign Policy.

Howard Amos is an editor and analyst at R.Politik focusing on domestic Russian politics. Based in Moscow, he has spent 7 years working as a journalist across Russia and the former Soviet Union. His writing has been featured in publications including The Guardian, The Bell, Associated Press and Politico.

Adam is a master’s student at the Higher School of Economics in Moscow studying International Relations in Eurasia. Before coming to Moscow, Adam studied in London at the School of Slavonic and Eastern European Studies, UCL, and worked as an assistant to the Russia and Eurasia program at Chatham House. He speaks English, Polish and German, and looks forward to working on his Russian during his stay in Moscow.

Webnauts is a website design and management company. It was involved in the design and creation of R.Politik’s website and continues to provide development and support services.